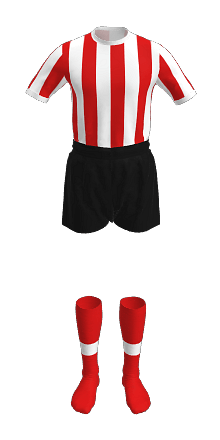 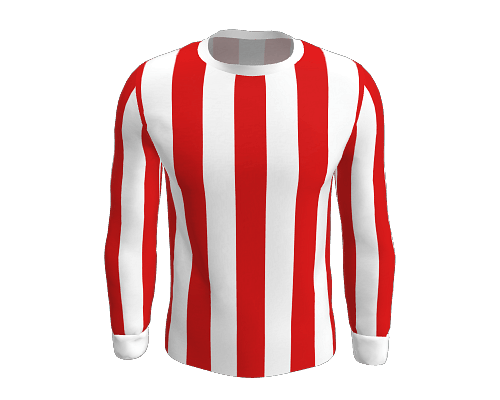 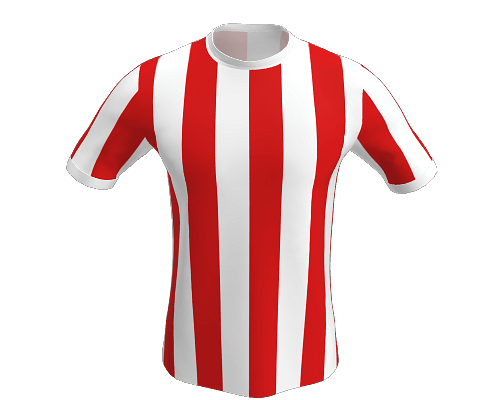 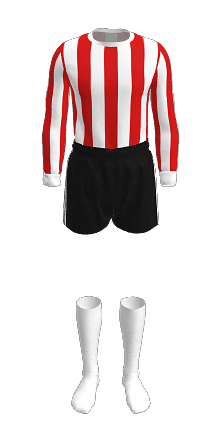 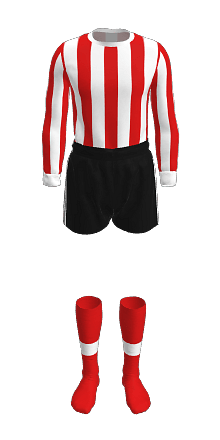 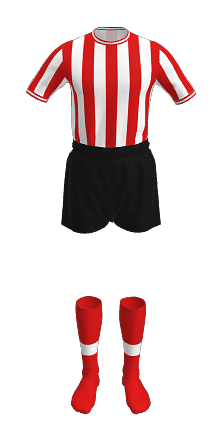 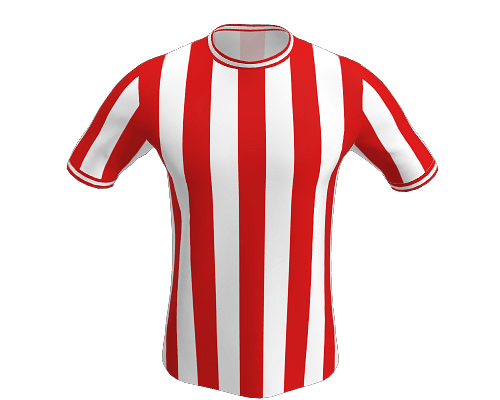 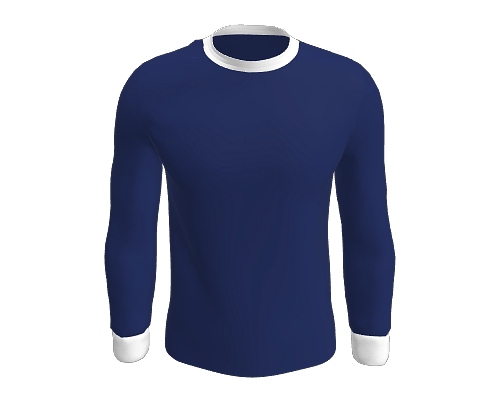 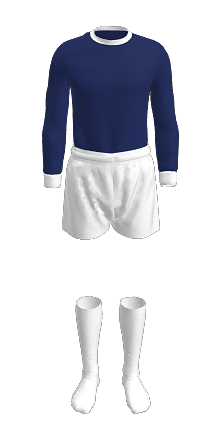 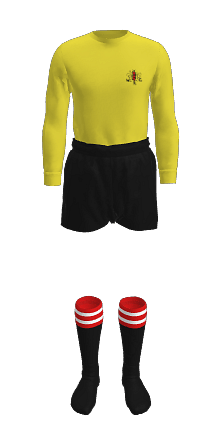 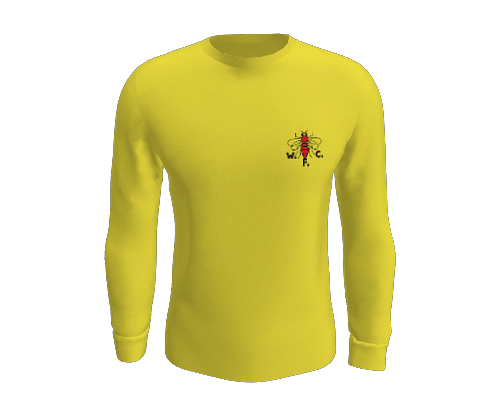 An early team photo shows the short sleeved, white trimmed shirt of the previous season worn along with a few examples of the red and white trimmed shirt. Subsequent photos show a long sleeve shirt with prodominanly a red centre stripe.

A royal blue round collared away shirt with white trim.

Black with double white side stripe for the home shorts; plain white away

Red with a thick white band above the ankle; plain white early season and away