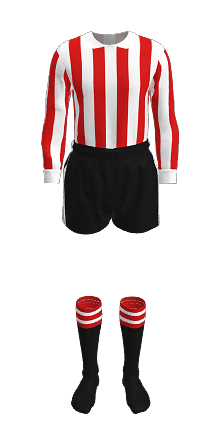 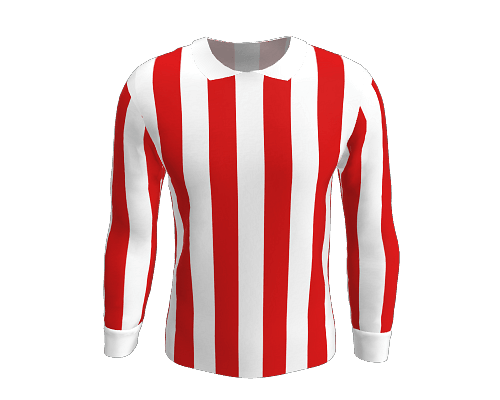 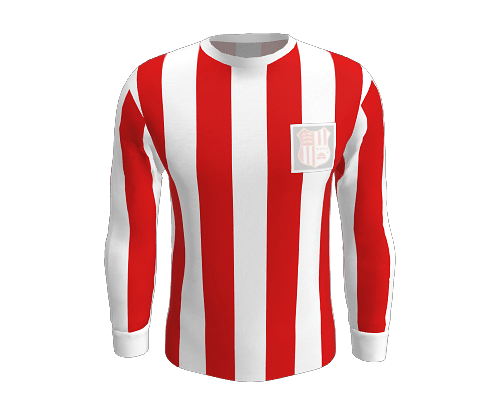 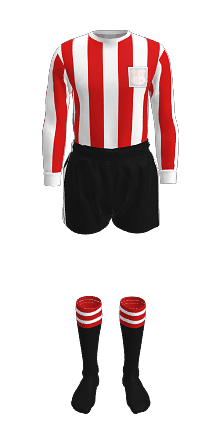 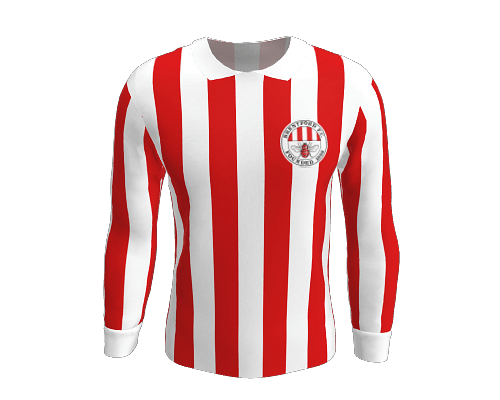 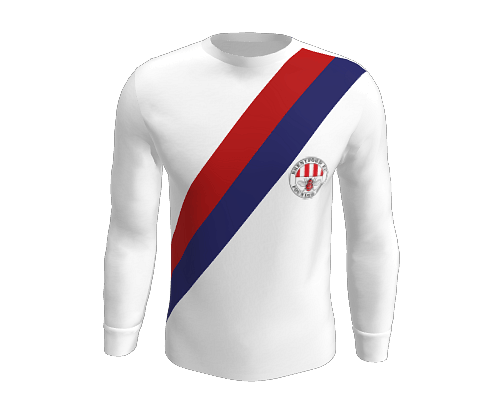 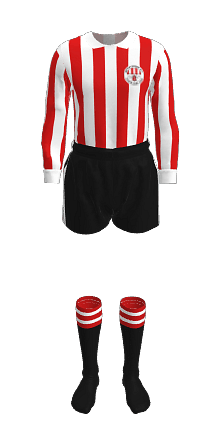 A short collar was added to a long sleeved, white centre striped home shirt for 1972-73. A new club badge had been created consisting of a bee, red and white stripes and the foundation date of 1888 (later proved incorrect), but this was not worn on the shirt until 28th October 1972. The 1971-72 version, now with a severly faded badge, was also worn in a seemily random rotation with the  1972-73 shirt.

The away shirt consisted of a white shirt with red and blue diagonal on the front. The new club badge was positioned on the left under the stripes

Black with double white side stripe on the home shorts, plain blue away shorts

Black, with red top and double white band. Away socks were white with a single red band