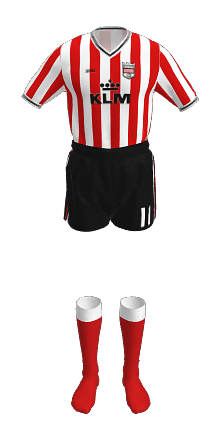 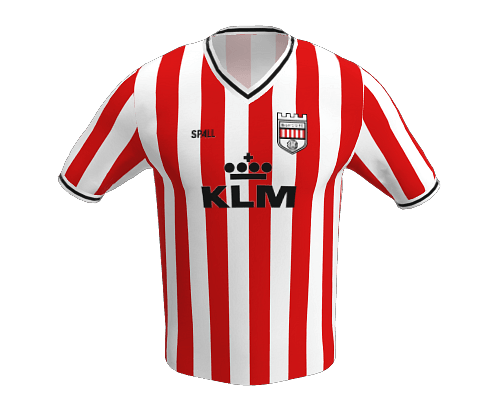 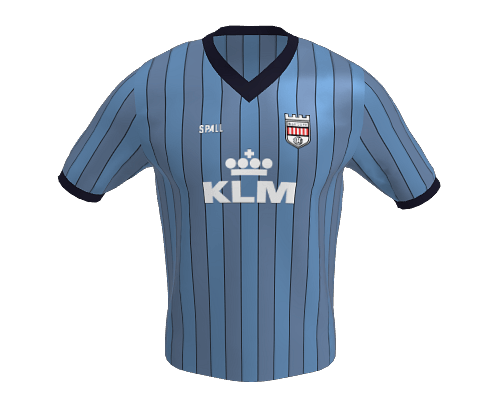 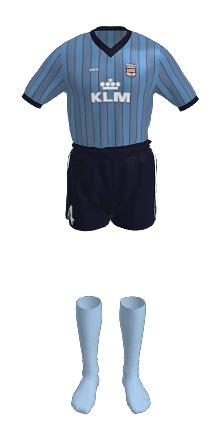 Spall provided the shirts for the 1986-87 season. A thin stripe patern was used, trimmed with white containing a black band. The full white backed Brentford badge was worn for the first time since the 1983-84 shirt.

For the away shirt, a thinner stripe pattern of blue and silver/blue was used with a black pinstripe between the colours.

KLM remained the sponsor for both shirts

Black with red and white side stripe for the home. Dark blue with white stripe for the away. Shirt numbers were replicated on the front of the shorts, but the side differed