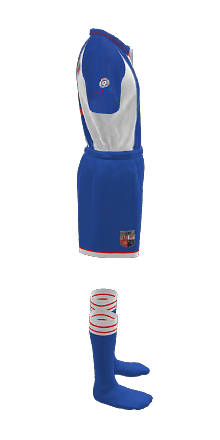 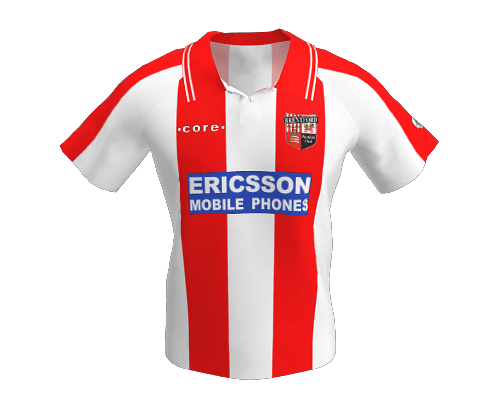 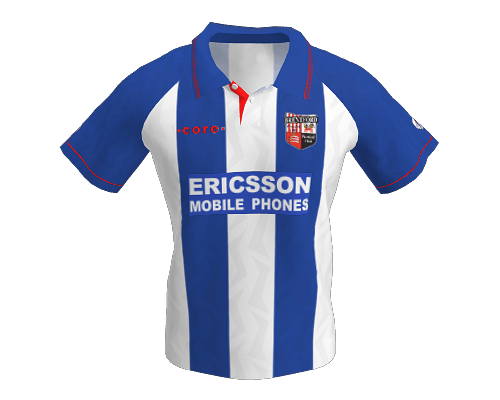 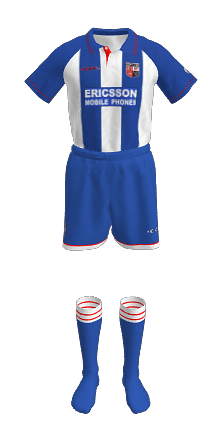 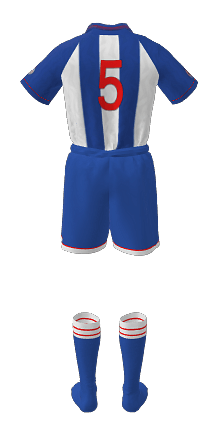 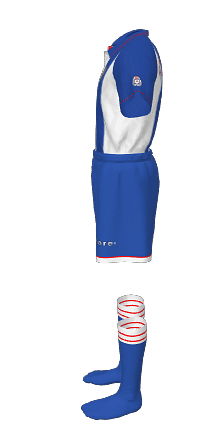 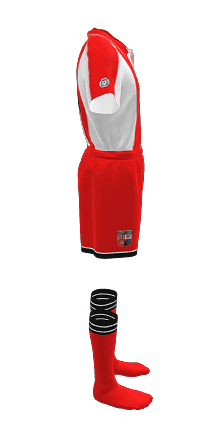 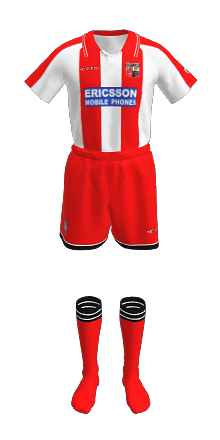 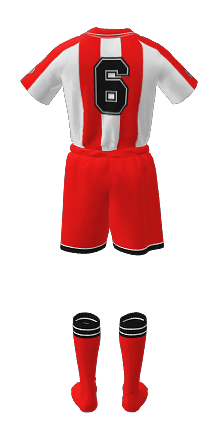 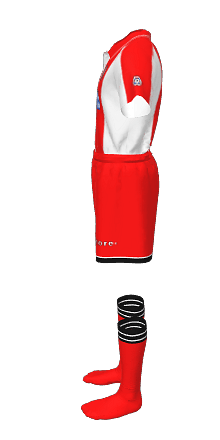 Core produced both kits for 1995-96. The home shirt had two red stripes set on white, with one red stripe running from sleeve to sleeve. It was finished with a red collar containing white trim and a buttoned top. The away was the same as 1994-95; two blue stripes on white with blue shoulders and sleeves with a blue collar containing double red trim. Ericsson joined as shirt sponsors and squad numbers were dropped leaving just standard numbers and no names on the rear. Football League badges were worn on the sleeve