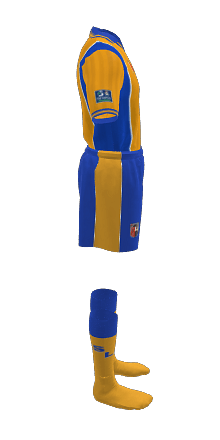 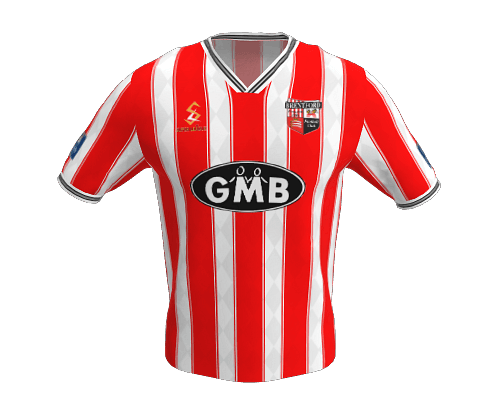 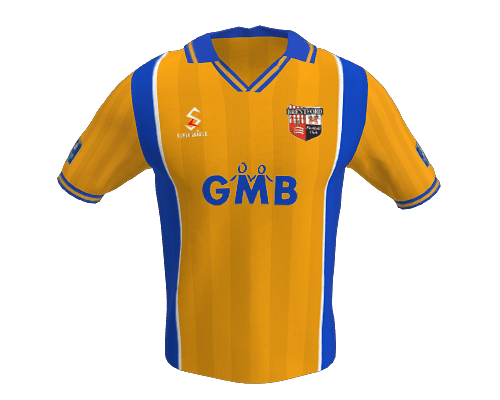 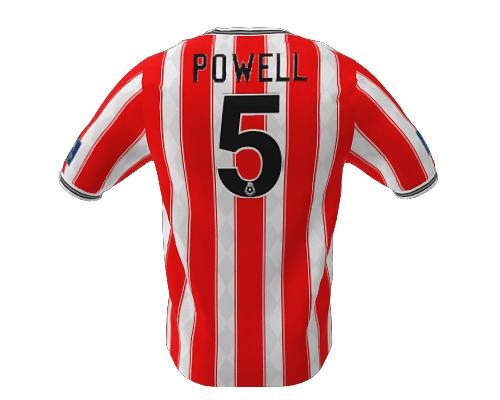 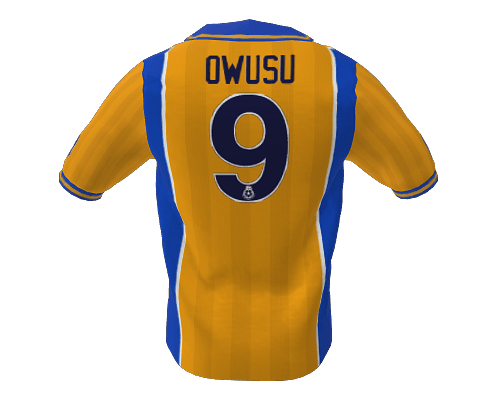 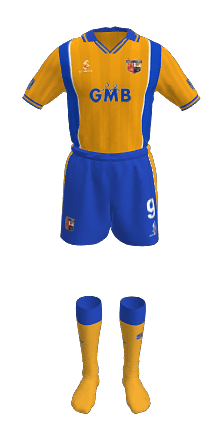 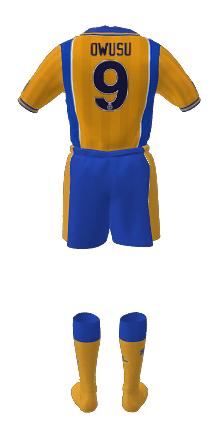 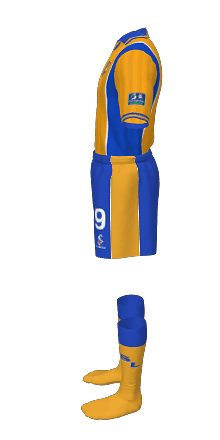 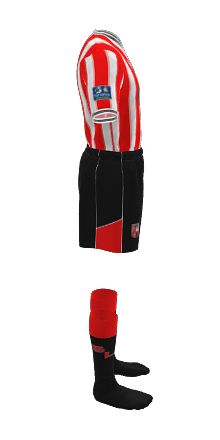 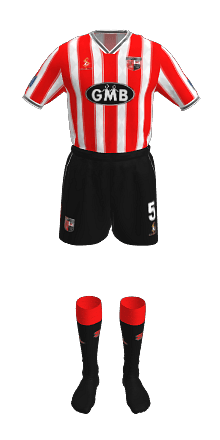 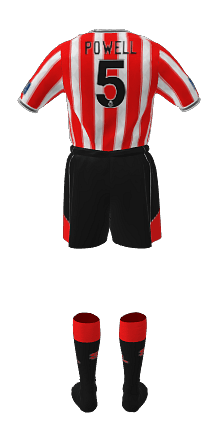 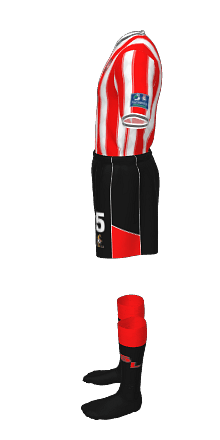 The Super League styling from 1998-99 was used again for the 1999-2000 season. The home shirt was identical apart from the positioning of the Super League and Brentford badge which were moved closer together and within the red stripes. The red stripes were enclosed by red pin stripes and finished with a white trim containing dual black stripe. The away shirt of amber with white and blue sides was the same as the previous season. Squad numbers were now mandatory so players names and a new Football League badged number adorned the back of both shirts.