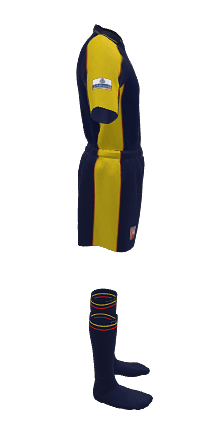 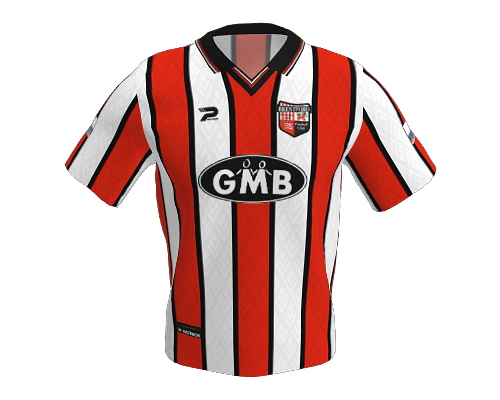 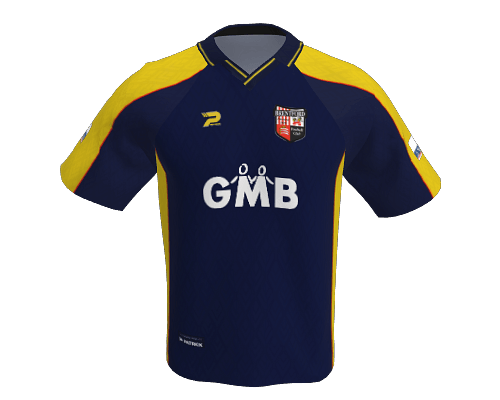 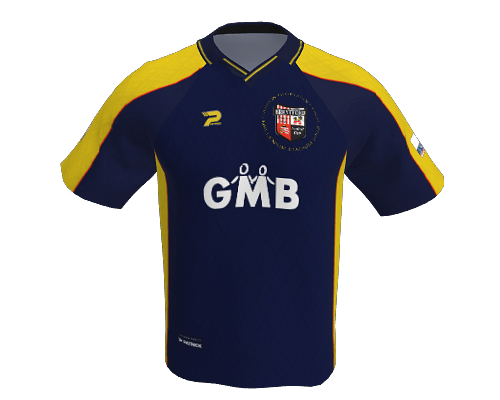 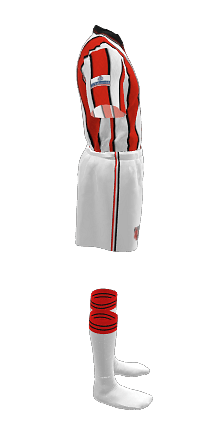 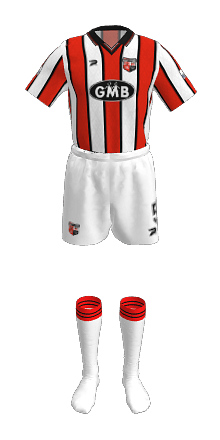 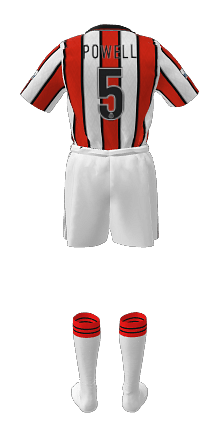 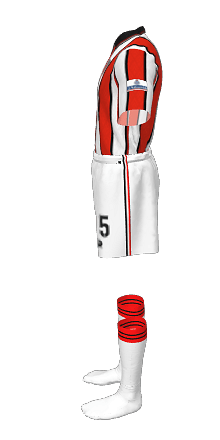 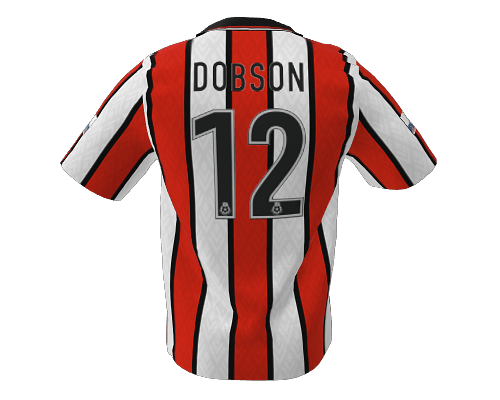 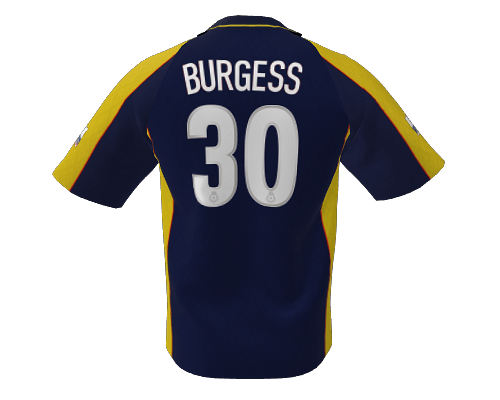 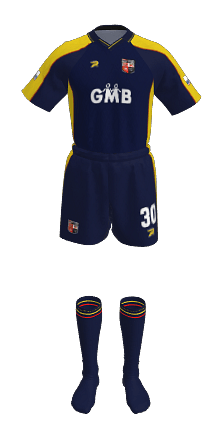 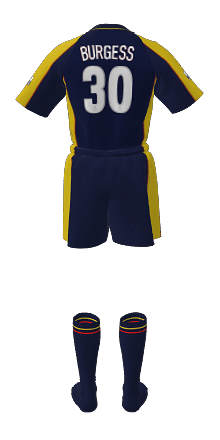 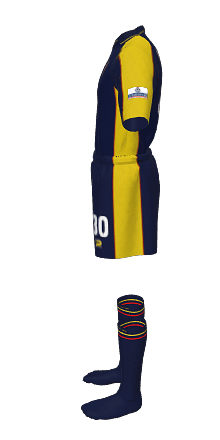 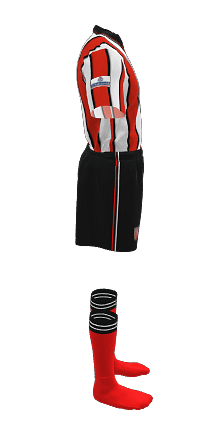 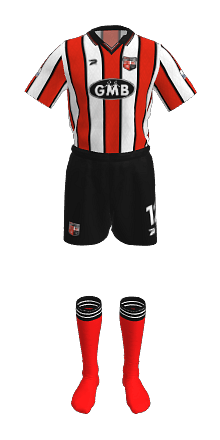 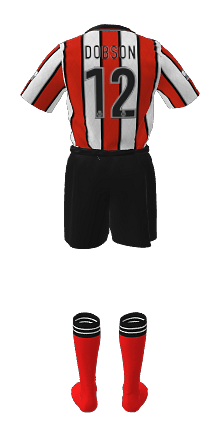 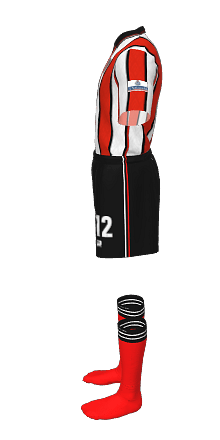 Patrick remained as shirt manufacturer for 2001-02. A thick red and white stripe with black edges was printed on a diamond patterned fabric, similar to that used between 1996-98. A V neck with collar contained a black pattern with a red and white stripe. The away shirt paid homage to historic club colours of blue and yellow, the body of the shirt being blue with yellow shoulders and stripes. A red piping joined the blue and yellow areas. A similar style V neck with collar to the home kit was adopted but in blue with a yellow pinstripe. GMB remained as shirt sponsors and Nationwide League badges adorned the sleeves

Home - Black with red and white side trim. Alternate of white with black and red trim

Away - blue with yellow sides and red piping

Away - blue with double yellow stripe and yellow Patrick text