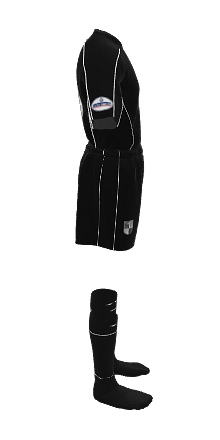 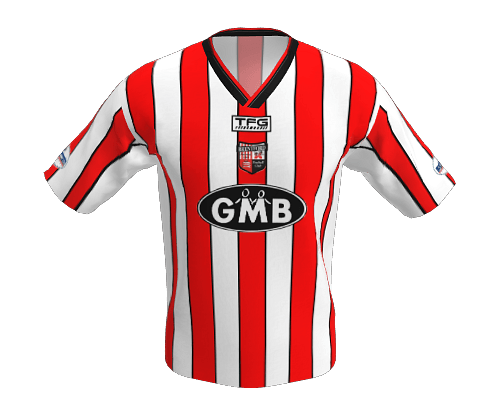 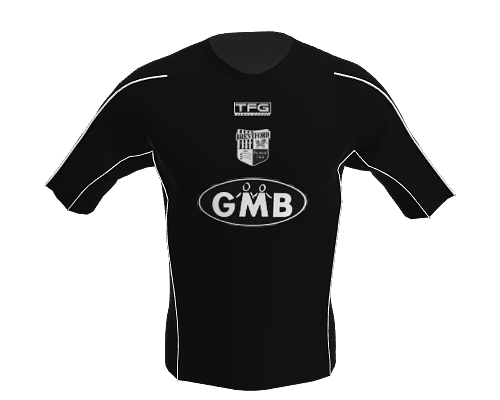 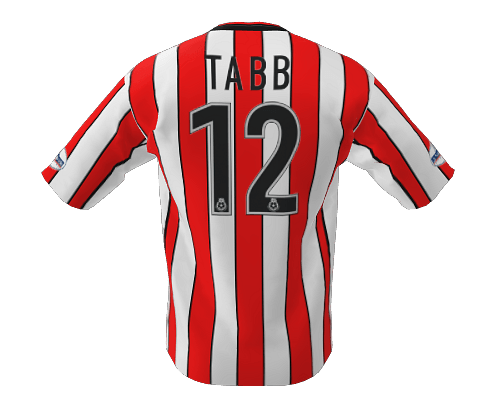 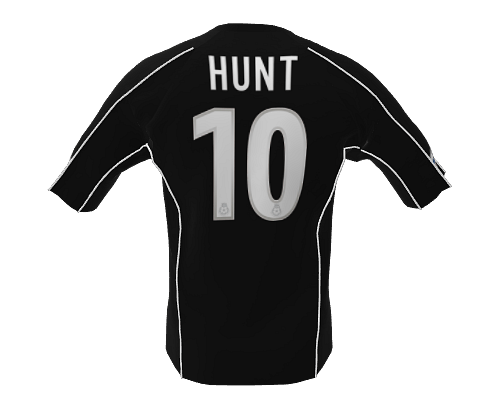 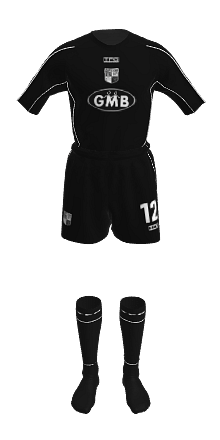 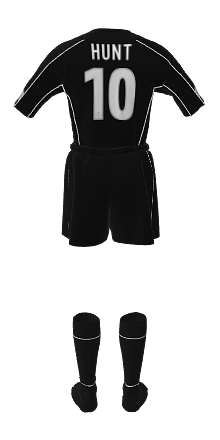 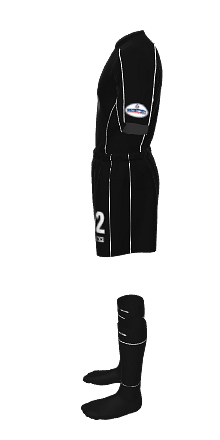 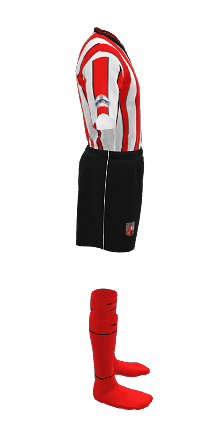 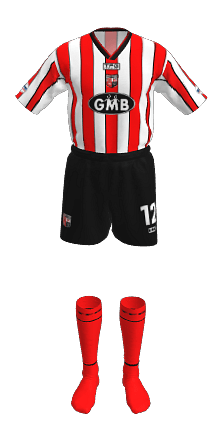 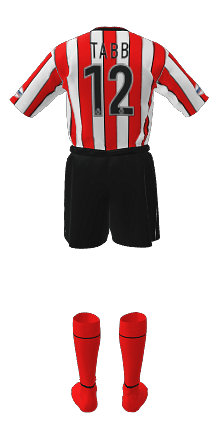 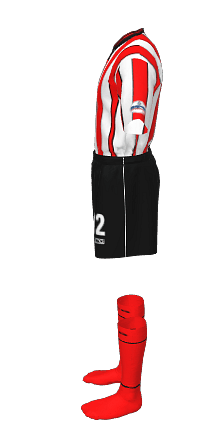 TFG produced a new style shirt for the 2002-03 season. A thinner red and white stripe with black pinstripe was used on a plain fabric, with a white oval area positioned at the sides and under the arms. A V neck with flattened base was used, black in colour with a red edge and white complementary stripe. The away version was a black round collared shirt with a white thim on the sides and arms. The club and manufacturer badges were stacked in the centre above the logo of club sponsor GMB on both shirts with the away shirt sporting a black and white version of the 1994 Brentford badge. Nationwide league badges were worn on the sleeves.

Home - Black with white side stripe

Away - Black with double white side stripe

Away - Black with white bands and white TFG text