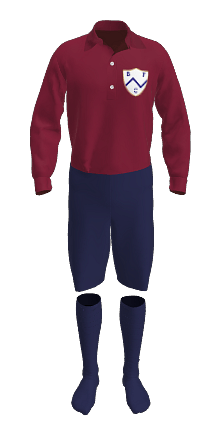 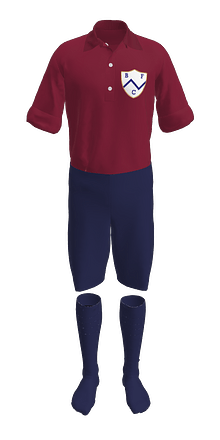 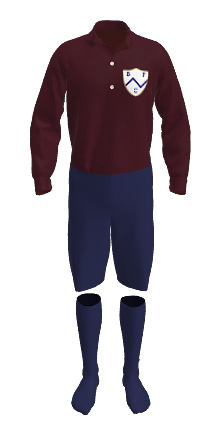 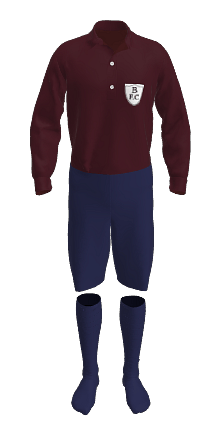 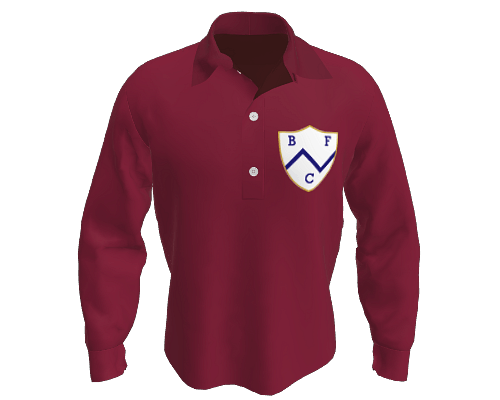 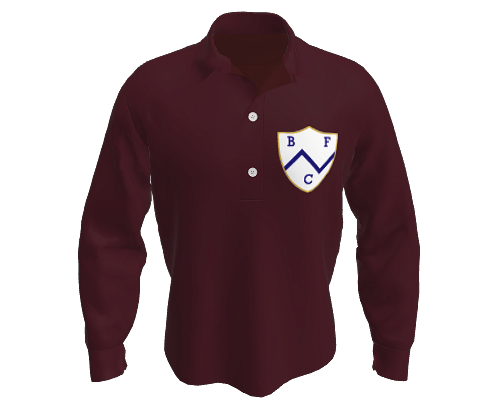 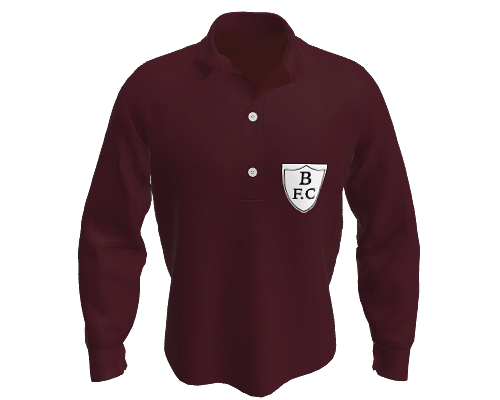 On foundation in October 1889 Brentford's club colours were listed as Salmon, Claret and Blue; the same as the rowing club from which the Football Club were a derivative. Salmon appears to have been dropped and the colours were reported as being claret and blue, with Brentford being referred to as 'The Red's' in newspaper reports. Photographs from the 1892-93 season and a celebration photo of the 1894 Middlesex Junior Cup victory team, indicate different shades of the club claret used accompanied by navy shorts and socks